On-Premise vs Cloud – Which Will You Choose for Your Organization? 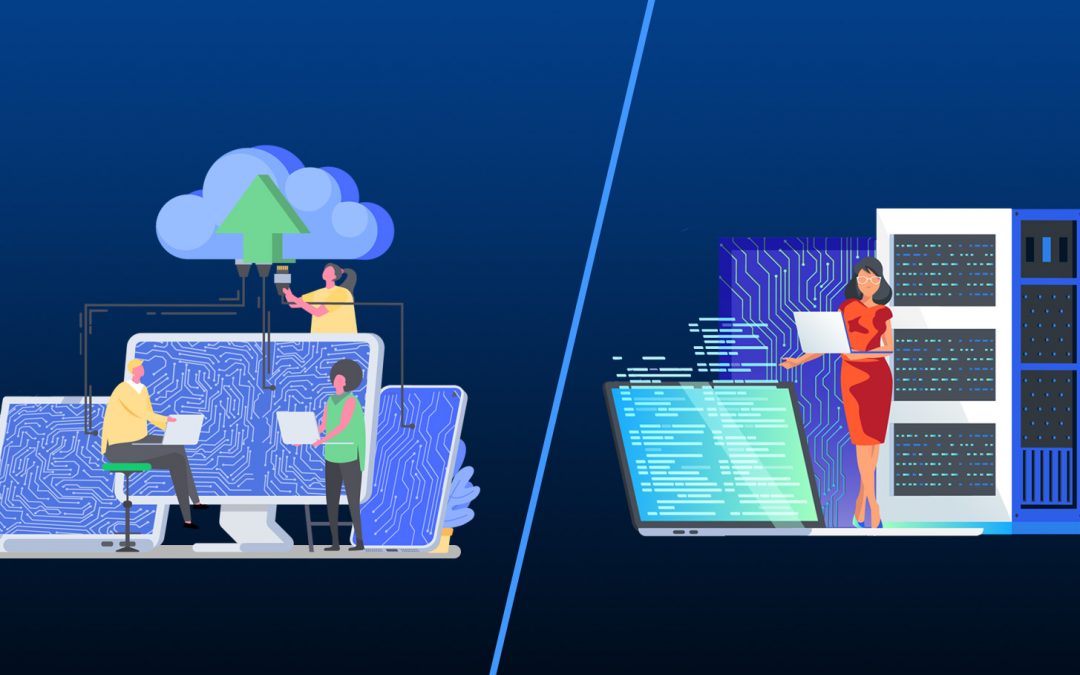 Cloud computing has been without a doubt one of the most impactful technological advancements that we’ve made in recent times. Thanks to the power of cloud computing and cloud-based platforms, we’ve made a variety of leaps and one of the most impressive applications of this technology is perhaps the fact that entire organizations have been able to shift their IT infrastructure onto the cloud.

For those who are unfamiliar with the concept, any modern-day organization needs to have a proper IT infrastructure in order to be considered even close to relevant in today’s landscape. Traditionally, an enterprise or organization would usually deploy this infrastructure within the premises of their own offices or buildings and this is where the name on-premise comes from.

On the other hand, however, thanks to the advancements made via cloud computing technology, we now live in an era in which organizations, enterprises and businesses actually have the choice of whether they want to deploy their IT infrastructure on site or have it situated within the cloud. Over the years, various organizations have discovered some issues with having on-premise IT infrastructure that can be remedied via cloud-based infrastructure and this is among the key reasons why it’s slowly, but surely, becoming the more popular choice.

It’s important to highlight here that, even though cloud-based infrastructure is newer, it isn’t necessarily the better choice in all scenarios. Both on-premise and cloud-based infrastructures actually have their own fair share of pros and cons so there’s no one-size-fits-all solution. However, based on what your organization does and what its requirements are, of these choices is usually going to be superior to the other.

With the basics out of the way, let’s get into the specifics each infrastructure type.

Cloud-based infrastructure deployment is, of course, when the resources of a network are hosted on an off-site cloud server that’s provided by a third party vendor or, in some cases, managed privately. These resources as well as any data that the infrastructure consists of can be accessed at any time provided that there’s a stable internet connection to do so.

On-premise infrastructure deployment, on the other hand, is when the systems, infrastructure and all the relevant hardware is deployed on-site and managed by a team that’s on-call constantly to ensure that there aren’t any issues.

For cloud-based deployment, the costs that you’ll have to bear are those that the cloud service provider usually charges. These costs are usually a bit cheaper than those of on-premise infrastructure since there’s no hardware maintenance involved but there can be instances during which they can rise even higher such as when there’s quite a lot of traffic and lots of resources are being consumed.

For on-premise deployment, the cost consists of various factors such as the hardware that’s required, consumption of power, space for the infrastructure and, of course, regular maintenance. Due to all the different costs involved in on-premise deployment, it can usually end up being far costlier than its cloud-based alternative.

Although cloud-based infrastructure certainly has its advantages, security is something that it doesn’t necessarily excel at. Over the years, there have been a variety of breaches that have compromised that data held by cloud service providers. This isn’t to say that this infrastructure is not secure at all, though, because this is far from the case. However, organizations with sensitive information might avoid the cloud due to this issue.

On-premise infrastructure security, on the other hand, is about as tight as you can make it out to be. There’s a veil of privacy and security with on-premise deployment that you simply cannot get with cloud-based deployment and, due to this, lots of organizations that deal with sensitive data tend to rely on this type of infrastructure instead of the cloud, even in spite of the other benefits like cost saving, lack of maintenance and such.

One major aspect in which cloud-based IT infrastructure has a major advantage is scalability. When you have on-premise infrastructure, scaling up an organization and its operations usually requires new hardware to be installed, configured and adjusted until its working properly and fits all requirements. This is something that not only costs a fair bit but also ends up being quite time consuming and can hinder the day-to-day working of an enterprise.

With cloud-based infrastructure, though, scaling up is a seemingly effortless task. Whenever a company with a cloud-based setup needs to scale up, they can simply ask for more resources from their service provider and can easily scale up or down depending on their needs and requirements. This offers an incredible amount of convenience that you simply cannot get with traditional infrastructure that’s on-premise.

Overall, both on-premise infrastructure and cloud-based infrastructure have their fair share of merits but the decision ultimately comes down to what your priorities are as there isn’t necessarily an option that’s clearly better than the other.